Certain types of performance engines are similar to London buses, you don’t see them for ages, then three turn up at once. This happened recently when three Cosworth YB engines arrived for overhaul. They have now been in use for over twenty years, so the chances of finding one in good condition is slim.

One of these YB short motors turned out to be just such an exception. When stripped, it was found to be in excellent condition, having only covered 35,000 miles. This meant that it only required a very light honing to its Escort Cosworth 200 thickwall block bores, new piston rings, bearing shells and a thorough hot chemical wash before re-assembly.

One of the remaining two engines, which were based on the earlier type 205 blocks however, required reboring due to excess wear. 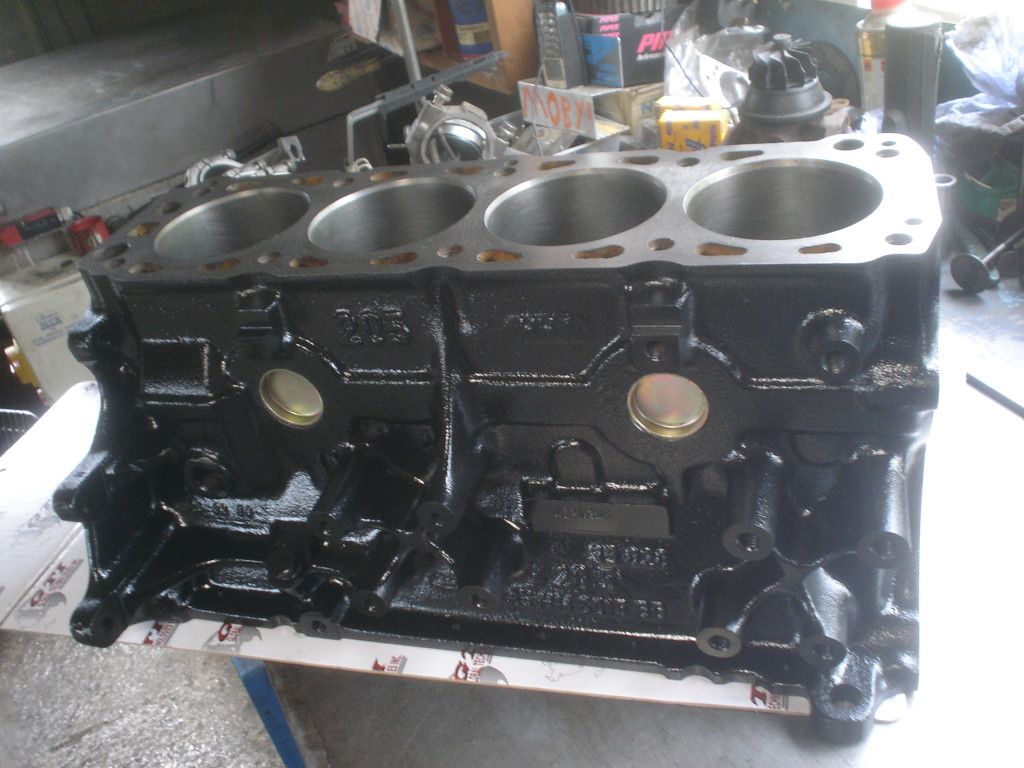 Wossner pistons were then fitted, these are very well made and reasonably priced, we have used them in many engines including Subaru EJ20’s. Most Cosworth YB 205 blocks distort on the upper surface between the head bolt threads, so we usually skim them very lightly to true them up. This distortion problem is minimized on the stronger YB 200 blocks and eliminated on those modified with the long head stud kits, where the studs pass through the block face and thread into the block at the bottom of the water jacket. An added bonus with long studs is that the upper bore wall is not distorted by head bolt stresses, evidence of which can be seen in the bore wear pattern of higher mileage examples.

Cosworth YB crankshaft journals are very tough and wear little in service, requiring only polishing , as was the case here.

The third block was measured and found to be running what we regard to be maximum clearance on its Mahle pistons, which would cause piston slap (knocking noise) when cold. This noise is tolerated on high output engines as the extra bore clearance allows for increased expansion of the pistons but is tedious for road use. Our customer accepted this as the engine was to run high boost. The bores were therefore lightly honed to de-glaze them and new rings fitted.

The YB 200 was to run a head which we have heavily ported (gasflowed), which was otherwise in very good condition and only required new guides and a light skim. 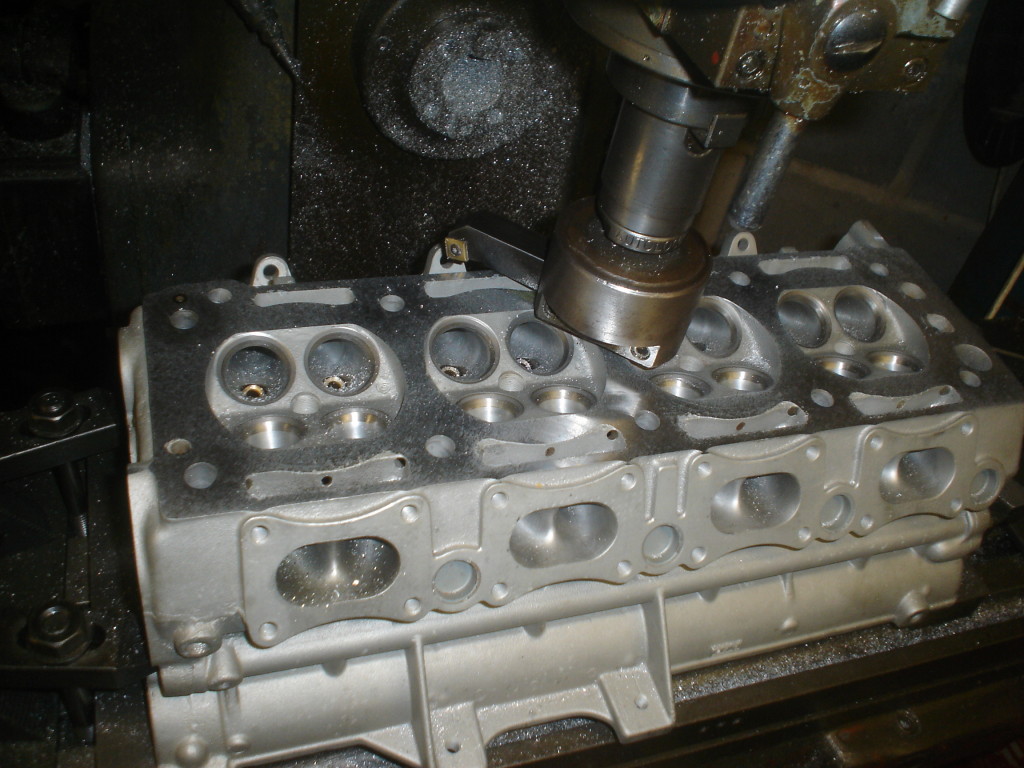 The remaining two heads, however were in a sorry state, with several exhaust manifold stud threads having been damaged, some of which had been repaired out of position. These had to be plugged, drilled and then tapped in the correct positions by careful indexing on the milling machine. The remaining damaged, but concentric threads were repaired with time serts. (A good quality type of helicoil) Both heads had new guides fitted and any worn valves replaced. Excessive skimming meant that both would need thicker head gaskets, probably Cometic MLS, or head saver shims to restore correct compression and valve to piston clearance.

All three engines are now complete and with their owners. The next time we see three London busses approaching the workshop, no doubt they’ll contain several Subaru EJ20 or EJ 25 engines for overhaul as we’ve not had a run on them for a few months!